My cart
IT FR EN Download the press release

Belgian woodcarver, Julien Feller has a wise head on his young shoulders. His musings take him back to the Italian Renaissance and the great masters of fine craftsmanship of this era: Michelangelo, Da Vinci, Raphael and Ghiberti.

Belgian woodcarver, Julien Feller has a wise head on his young shoulders. His musings take him back to the Italian Renaissance and the great masters of fine craftsmanship of this era: Michelangelo, Da Vinci, Raphael and Ghiberti. His astonishing woodcarving skills belie his tender years. A mastery that enables him to transform a piece of wood into extremely delicate, intricate, refined pieces of sculptural art.

Julien credits his unique craftsmanship skills with discipline and dedication. As a young boy, Julien was already fascinated by wood and furniture making. On the eve of adulthood, he began to learn woodcarving. He went on to study at Institute Saint-Luc of Tournai, receiving the prestigious “Bloc d’Or” prize. Whilst studying, he was apprentice to the Master Wood Carver Patrice Degrand. Under Patrice’s watchful eyes, he began to refine his techniques and knowledge of the processes.

Julien had multiple exchanges with inspiring cabinetmakers, gilders, and conservators who all helped to enrich his skillset. Julien’s training gave him experience of many materials such as clay, wax, bronze, resin and plaster. Which add many more strings to his bow, and give him more scope in his carving. His fascination with the micro-carving of the 15th century led him to the ornate work of Grinling Gibbons, which in turn inspired him to carve Brussels lace.

"For me, sculpting is the ideal way of communicating my inner feeling to others” – Julien Feller

Julien’s woodcarving of the Brussels lace is a masterpiece. The level of detail is eye-catching. The realism is mesmerising. In his workshop, he works with an impressive array of traditional tools; each plays its own role at every stage of the carving process, to achieve the final piece of beautiful lacework. Julien’s knowledge of ornamental styles, patterns and techniques allow him to work on restoration projects, reproducing missing parts or conserving damaged pieces.

Michelangelo Foundation for Creativity and Craftsmanship is an international non-profit organisation based in Geneva, Switzerland, which was set up to celebrate and preserve master craftsmanship around the world and strengthen its connection to design. Rooted in a tradition of culture and excellence and in the realities and challenges of today’s global economy, the foundation aims to support those who dedicate themselves to the pursuit of master craftsmanship and to foster a new cultural movement built around the values that are essential for their work. The foundation focuses on Europe as a starting point for its activities, in recognition that craftsmanship has been a vital part of the economic and cultural fabric of the region for centuries, providing both a rich heritage and a competitive advantage in a global world.
michelangelofoundation.org

Julien Feller was born in Belgium in 1994. He studied woodcarving at the Institute Saint-Luc of Tournai. During his time as a student, he was apprentice to master carver Patrice Degrand. In 2017, Julien was a finalist for the Godefroid Award, Luxembourg. In 2018, he participated in the Biennale des métiers d’art of Luxemburg. In 2019, he was a laureate of VOCATIO and a finalist of the “Prix d’Art” of Tournai. 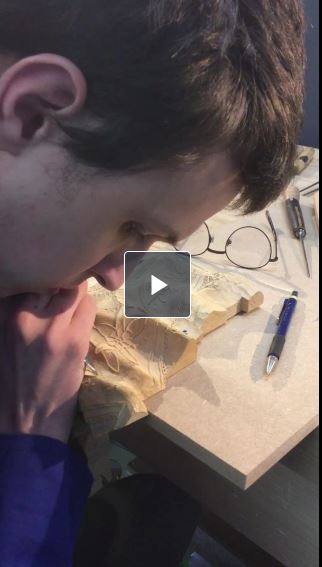 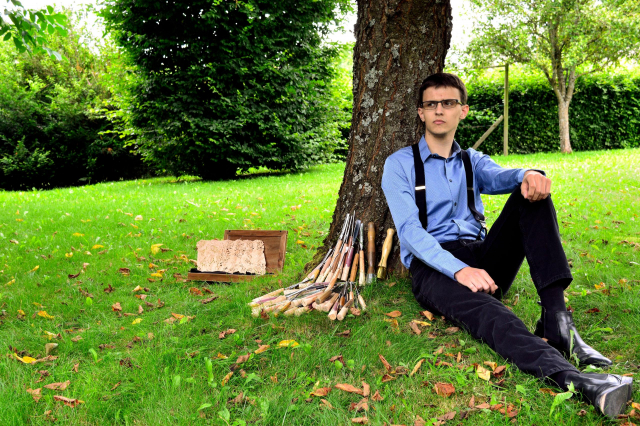 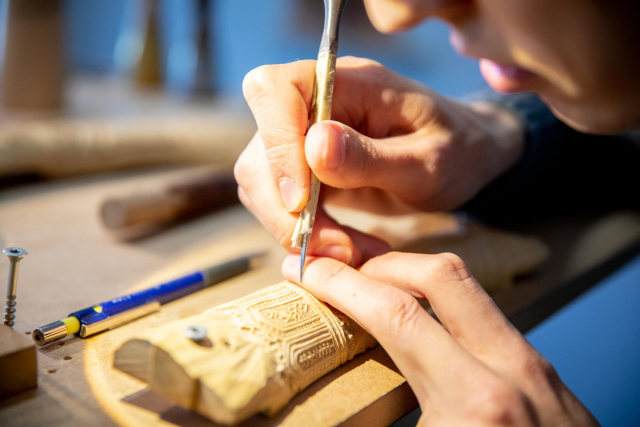 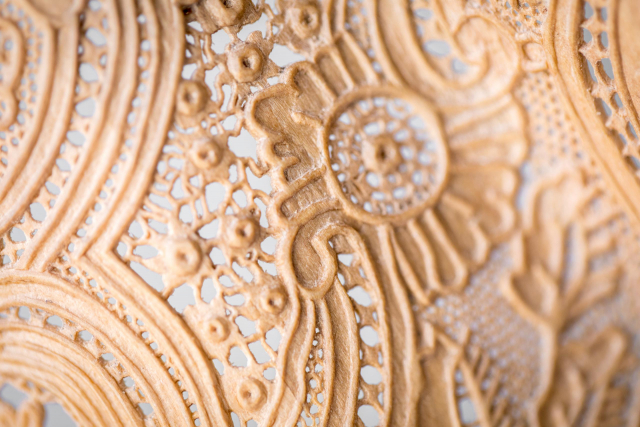