• In the beautiful backdrop of the 17th century Longhena library, French curators and porcelain specialists David Caméo and Frédéric Bodet unveil a magnificent showcase of the fine craftsmanship behind outstanding porcelain pieces with a forward looking vision


This September at Fondazione Giorgio Cini in Venice, Homo Faber unveils an exhibition imagined by French curators David Caméo and Frédéric Bodet. Porcelain Virtuosity shines a light on the creative craftsmanship behind contemporary porcelain with a spectacular display of sculptures to tableware, Japanese to Baroque.

Porcelain is typically associated with the fine tableware of the 18th century; the vision for this exhibition is to unite porcelain’s rich cultural heritage with the present, illustrating the way contemporary manufacturers and independent artisans and artists are breathing new life into a traditional craft whilst remaining faithful to time-honoured techniques.

Visitors will have the unique opportunity to see a selection of artworks created from fruitful collaborations between international artists and renowned European porcelain manufactories. Sèvres will show the artworks crafted with Japanese designer Naoto Fukasawa, Italian designer Pucci de Rossi, and ceramic sculptor Grégoire Scalabre. Bernardaud will present its collaborations with American plastic artist Gisèla Colon, the street artist JR and the Dutch designer Olivier van Herpt. Meissen will be represented by the artworks of the American artist Chris Antemann, whilst Nymphenburg will showcase the creations of artist Ruth Gurvich.

The French curators of the exhibition, David Caméo and Frédéric Bodet seek to revive the spirit of the Baroque period, ever present in contemporary porcelain production as European and American artists renew the savoir-faire and emblematic styles of historic porcelain manufacturers. On top of these mannerist studies, the artworks are inspired by contemplative musings, all the while respecting extraordinarily sophisticated techniques, exemplified especially by certain Japanese ceramicists.

The majestic room of the 17th century Longhena Library of the San Giorgio monastery, with its striking architecture, makes it an evocative space in which to showcase the chosen porcelain masterpieces. Caméo’s intention is to present the pieces to onlookers in a way that highlights a common thread between the objects and the space. Linking the art of making to the art of learning with the symbolic presence of the ancient reading tables and book shelves which have themselves facilitated a transfer of knowledge for centuries.

Rendering Porcelain Virtuosity - ©Architetti Pedron_LaTegola “The outlook today for artisans and contemporary craftsmen depends on those who are willing to exceed expectations, to revitalize and renew their metiers and in the process capture a young audience by the force which is represented by beauty, savoir-faire and ultimately the final object”- David Caméo


Porcelain Virtuosity is set in the Longhena Library at Fondazione Giorgio Cini. It is one of 17 exhibitions that comprise Homo Faber, organised by the Michelangelo Foundation.

David Caméo
The former head of the world-renowned porcelain company Manufacture Nationale de Sèvres and the Musée des Arts Decoratifs in Paris. David Caméo has spent his career serving the decorative arts. A politics graduate, he was an advisor on the decorative arts for the French Ministry of Culture, before becoming a technical advisor for successive culture ministers and then-Prime Minister Lionel Jospin. He is president of Marta Pan - André Wogenscky Foundation and the Roman Opalka Trust. Additionally, he is trustee for Villa Noailles, CIRVA, School of Jewelry Arts and Paris-Ateliers.

Frédéric Bodet
From 2012 to 2019, he served as Curator in charge of modern and contemporary collections at Musée National de Céramique à Sèvres (National Museum for Ceramics). From 1999 to 2012, he worked at the Musée des Arts Décoratifs in Paris as Curator Assistant, in charge of the contemporary craft collections. He has curated many exhibitions for these two renowned institutions as well as many as a freelance curator, especially for Bernardaud Foundation. Researcher and expert in the applied arts, he gives lectures at European art schools and publishes articles in reviews and catalogues and often takes part in jurys for international Biennals.

Architetti Pedron / La Tegola
Apml Architecture studio was founded in 2009 in Venice by Alessandro Pedron and Maria La Tegola.
Both graduated in architecture at the Università Iuav in Venice and started their professional activities in 1996. The city’s rich historical beginnings gave them the chance to focus their attention on the history and context behind the projects, enhancing their capacities thanks to the initial collaboration in the restoration of historical buildings. The professional experience of the studio and the constant search for original design solutions is utilised in different projects including heritage ones, new buildings, exhibition design projects, and interior design. 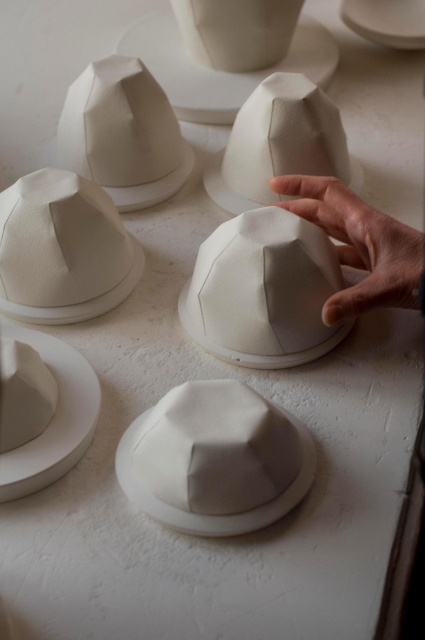 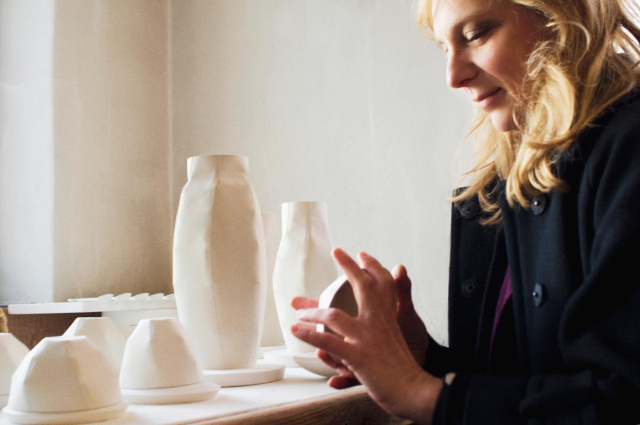 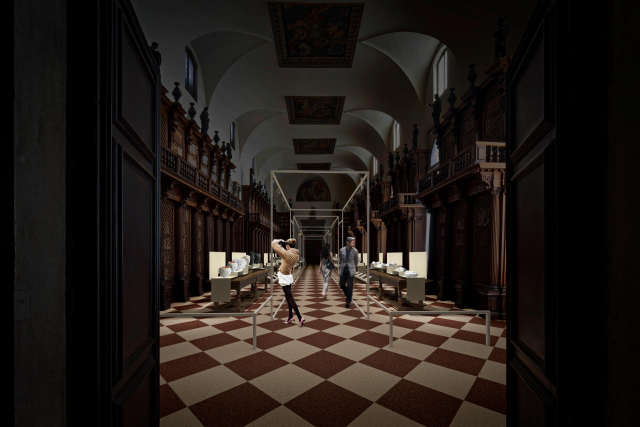