My cart
IT FR EN JP Download the press release

• Intimate, custom-made studio spaces inspired by the painting of Saint Jerome in his Study by Antonello da Messina, showcased at the London National Gallery. Visitors can observe the master artisans as they craft magnificent objects

• Exquisite examples of luxury products interconnected with one another via a subtle, evocative thread, also highlighting an exploration of Japan’s influence on European craftsmanship


In Details: Genealogies of Ornament, Judith Clark, the renowned fashion exhibition designer and curator, presents the transformative power of craftsmanship. The multi-layered exhibition, located in the expansive Sale del Convitto, showcases the craftsmanship of 15 luxury Maisons that make fine watches and jewellery, shoes and other leather goods, haute couture, kimonos, perfumes and more. Visitors can observe master artisans at work in intimate studio spaces inspired by Antonello da Messina’s painting of Saint Jerome in his study. A watchmaker from Vacheron Constantin, a shoemaker from Salvatore Ferragamo or a kimono-maker from Chiso, among others, will reveal the secret gestures necessary to create unique pieces. Beautifully crafted wall panels and specially made floor tiles reflect the heritage of each craft and its tools.

At the centre of each of the two large rooms are museum spaces that display exquisite examples of craftsmanship in customised cabinets. These spaces, which Clark calls Constellations, explore Japan’s influence on European artisans and allow disparate objects to interact. The Constellations create parallels between centuries and objects, creating inspirational genealogies. A historic kimono made by Chiso is on one hand leading to its own painting workshop, but behind it a Chanel gown from 1927 inspired by Japan, on loan from the Kyoto Costume Institute, leads back to Lemarié’s atelier, Chanel’s craft house.

As a curator and exhibition maker, Clark knows that visitors enter the room with their own histories and associations. She celebrates and builds on this in Details: Genealogies of Ornament by working a series of free associations into the exhibition. “An obi made for a kimono might become a detail on a precious brooch”, she explains. “We start to imagine a kind of genealogy of design that draws attention to different incarnations of symbols.”

Exciting and also challenging, says Clark, is that the exhibition presents 15 Maisons that not only make very different products but bring diverse traditions to the conversation. The power of Homo Faber, she believes, is to explore what those in fine craftsmanship have in common.

“Homo Faber always looks at the person in the process. It looks at the skill, the very human skill that goes into producing these wonderful objects.” – Judith Clark

Artisan from Hermès - Christophe Coenon©Hermès Part of the exhibition is dedicated to presenting the craft of exhibition making itself. Students from City and Guilds of London Art School will demonstrate a panel being carved or a mannequin being prepared. This echoes the larger theme of the exhibition, says Clark: “It calls attention to the fact that the whole process is made by human hands.”

Maisons in the exhibition

Details: Genealogies of Ornament is set in the Sale del Convitto exhibition area at Fondazione Giorgio Cini. It is one of 17 exhibitions that comprise Homo Faber, organised by the Michelangelo Foundation.

Judith Clark
Judith Clark is a curator and fashion exhibition designer and currently Professor of Fashion and Museology at University of the Arts London, where she co-directs the Centre for Fashion Curation. Clark opened the first experimental gallery of fashion in London. Since then she has curated 40 exhibitions of dress. Commissioning museums include the V&A in London, ModeMuseum in Antwerp and Palazzo Pitti in Florence. In 2015 she curated and designed the inaugural exhibition at La Galerie Louis Vuitton in Asnières. In 2018 she created the Fashion Inside and Out exhibition for the inaugural Homo Faber. Clark lectures internationally on issues of dress display. 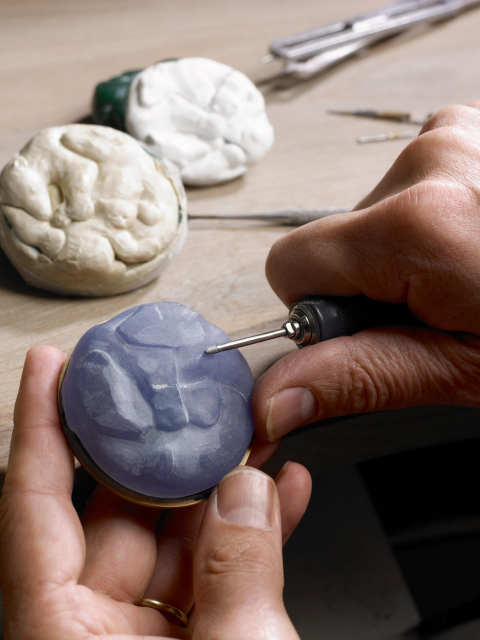 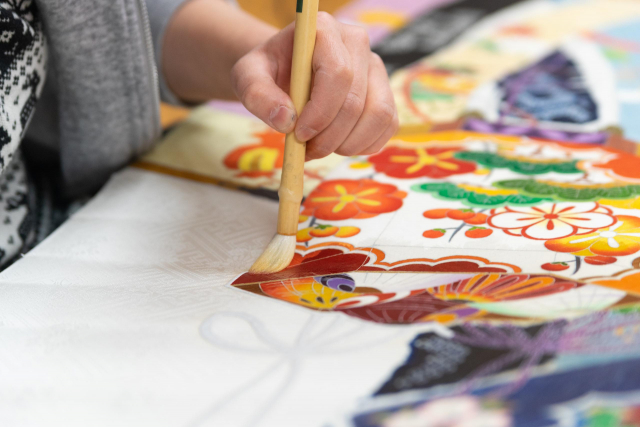 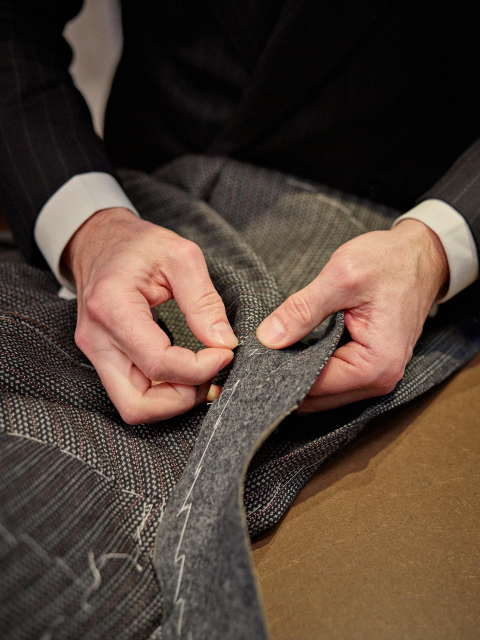 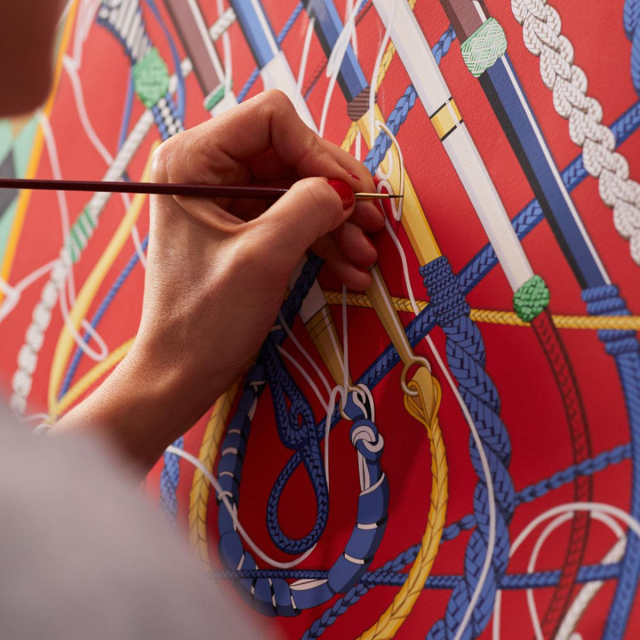 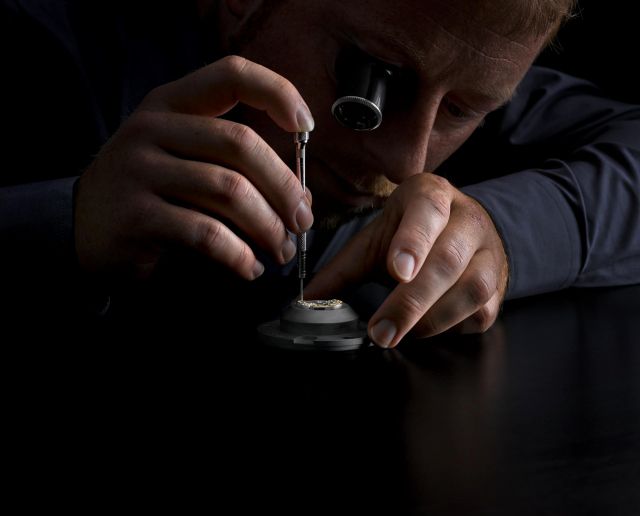 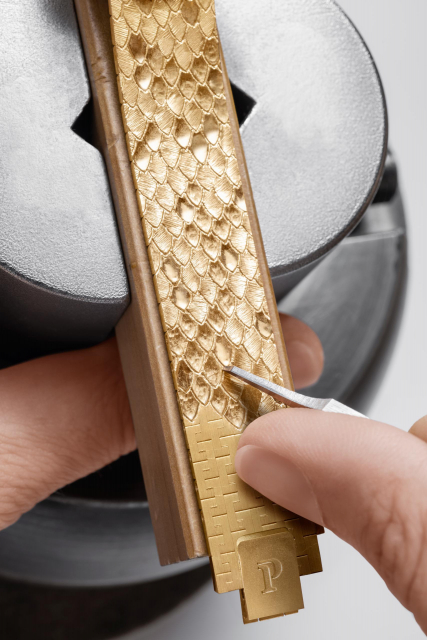 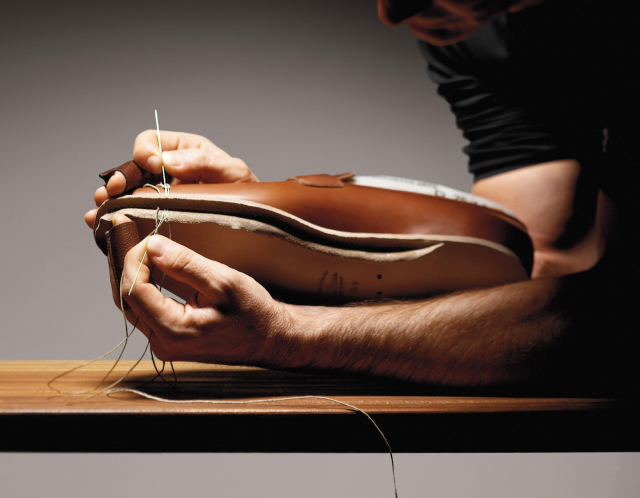 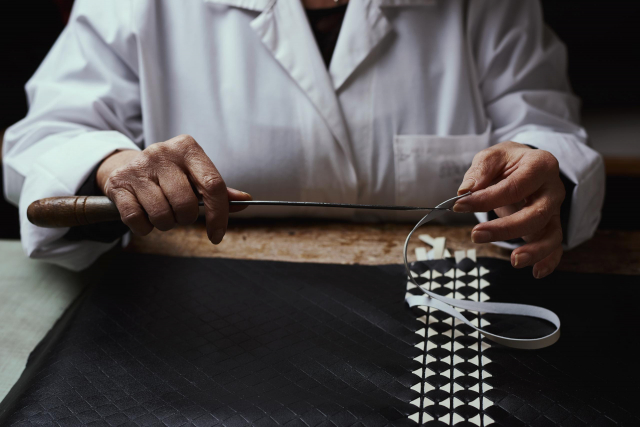 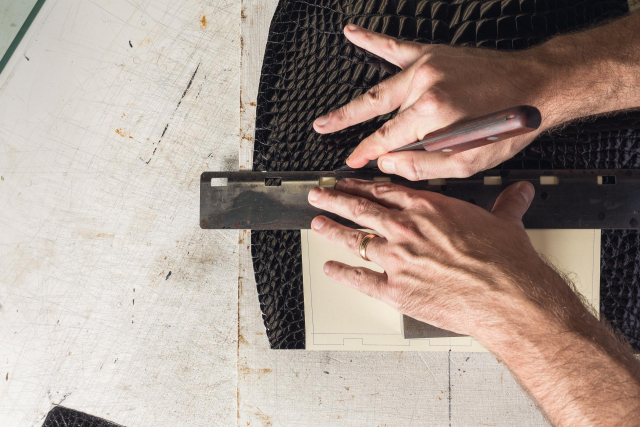 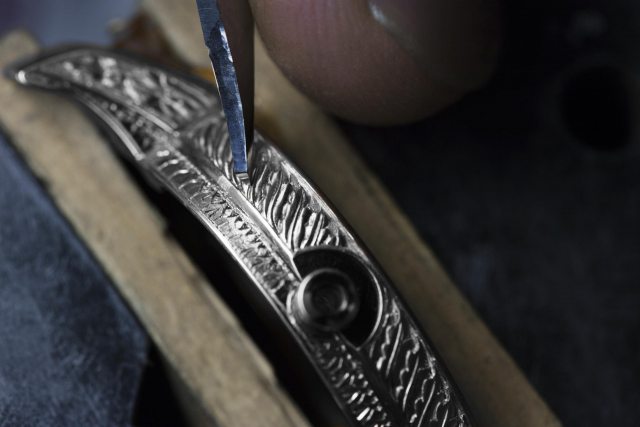 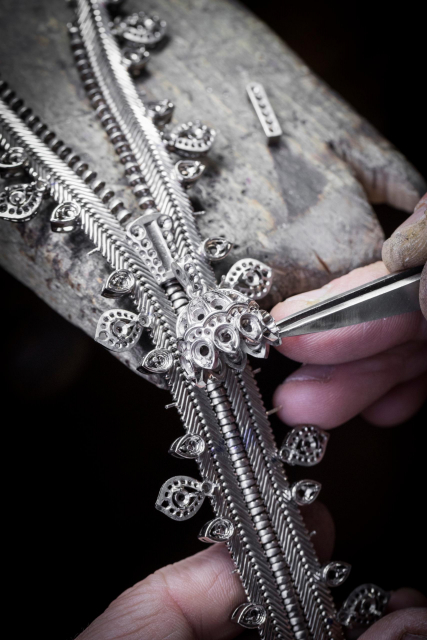 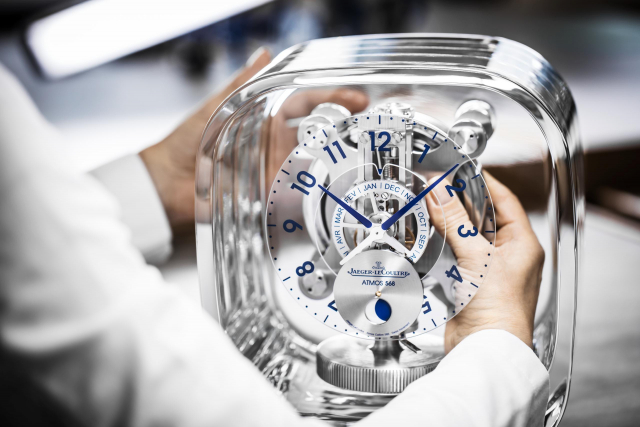 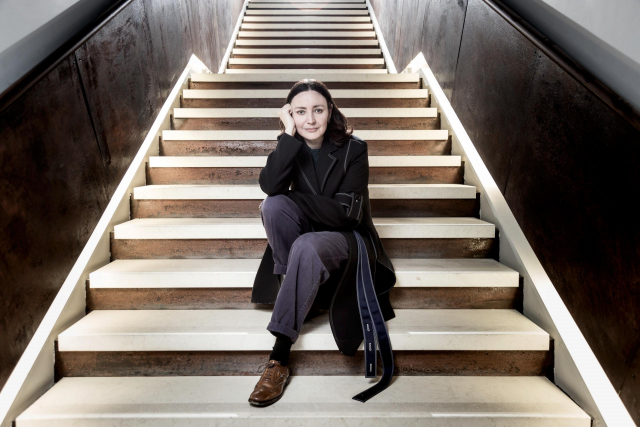