• To complement the vases which they have helped to inspire, flower designers such as Philippa Craddock, Lewis Miller, Satoshi Kawamoto, Gregor Lersch and Pierre Banchereau design bespoke bouquets

• Visitors will have the rare chance to create virtual flower arrangements in an interactive design workshop, where they can compose a unique bouquet with a variety of digital flowers, set it up in one of Venini’s vases, and send their complete creation to someone special

This September at Homo Faber visitors can visit Blossoming Beauty, a project imagined by the Michelangelo Foundation with Venini and the French scenographer and interior designer Sylvain Roca. An enchanted garden comes to life thanks to a collection of original vases made especially for the installation by the Murano company,using ancient glassmaking techniques.

Since the first edition of Homo Faber, Venini has taken part in this international event, which draws to Venice the best of European craftsmanship with the aim of calling attention to the best of the arts and crafts professions, contemporary and traditional, and their links with the world of design. Venini fits in perfectly with this context: in nearly one hundred years of history, in fact, the glass factory has invited key creative talents to test their skills with the centuries-old art of glassmaking.

Venini creations reflect the ability of their master craftspeople to give form to the creative vision of designers and great artists. Each work is the result of a deep sharing and a constant striving to capture the moment in which the medium crystallises forever. The glass acquires shapes and volumes, colours and transparencies in the extraordinary beauty of the artistic gesture.

To collaborate for the Blossoming Beauty project, the Michelangelo Foundation and Venini have also enlisted highly talented flower designers such as Philippa Craddock, Lewis Miller, Satoshi Kawamoto, Gregor Lersch and Pierre Banchereau entrusting them with the creation of both the vases and of special bouquets to enhance the beauty of the vases on show.

Exploring the relationship between a prestigious artisanal glass manufacturer and renowned flower designers, the beautifully handcrafted vases speak of the human imagination and skills which have created them, underlining the meeting of fine craftsmanship with creativity.

Sylvain Roca, who has designed exhibitions for leading galleries and museums all over the world, conceived the exhibition, which is located in the Sala Bianca, as a garden in full bloom. The idea of “blossoming”, he suggests, has in itself the very concept of creativity and know-how, echoing the artisan’s process across time and space. The glassblower deftly and with great skill works hot material as it becomes something luminous and new. The flower artist also seeks shape and form in artful arrangements whose ephemeral nature makes them all the more beautiful.

Using cutting edge technology, visitors can bring to fruition their very own floral fantasies in an interactive design workshop: they can mix and match Venini vases with flowers to create beautiful bespoke blooms. A unique visual experience which explodes with colour and creativity and explores the future avenues for floral designing and artisanal metiers.

A mysterious and poetic soundtrack celebrates the relationship between artisans and the natural world, conceived for the exhibition room by French composer Christian Holl, who is renowned for his collaborations with UNESCO. Christian’s audio pays homage to the transformative journey taken by grains of sand through nature to the furnaces of Venini, where they are fused into splendid glass forms and elaborated by the hands of master artisans. So too does the melody honour the flowers transformed into floral bouquets by the creative eye and touch of a flower artist.

“Homo Faber is a project we really believe in, because it totally represents us: the Venini glassworks has been a pioneer in bringing together the excellence of the crafts professions and the designer’s creativity. But that is not all: the Venice lagoon, where the event is planned, is intrinsically bound up with the history of the glass factory, established in Murano in 1921. Homo Faber thus represents a very important opportunity for putting our manufacturing heritage into the international limelight”, remarked Silvia Damiani, Vice President of the Damiani group, which acquired Venini in 2016.

“Working with Venini will be very exciting because the pieces that come out of the furnace are not just simple vases. Rather, they embody an extraordinary creative experience: each piece is the result of a precise, silent and skilful gesture that materialises an intangible idea, the artistic one. With the Blossoming Beauty project, I will put the magic of this beautiful thing onstage”, added scenographer Sylvain Roca.

Blossoming Beauty is set in the White Hall at Fondazione Giorgio Cini. It is one of 17 exhibitions that comprise Homo Faber, organised by the Michelangelo Foundation.

Venini
Founded in 1921 by Paolo Venini, a Milanese lawyer, and Giacomo Cappellin, a Venetian antiques dealer, Venini SpA, then Cappellin, Venini & C., would become a model of excellence in the world of artistic glass, laying the foundations for a stylistic identity that still distinguishes it today. Venini has always created objects with a timeless design that are destined to appreciate in value. Thanks to the excellence of quality, the high artistic content, and the manufacturing value intrinsic to each piece, the hammer prices of Venini glassware reach record figures at major auctions. Since 2016, the Damiani family (owners of the homonymous international luxury jewellery brand), have held the controlling interest in Venini S.p.A., and their aim is to promote one of Italy's most authentically excellent brands.

Sylvain Roca
French interior designer and exhibition scenographer, Sylvain Roca trained in applied arts in Paris, Montreal and Tokyo. For more than twenty years, he has designed the scenography for temporary and permanent exhibitions all over France and around the world, including at the Musée d’Orsay and the Grand Palais in Paris, the British Museum in London, the Heritage Museum in Hong Kong, the Bundeskunsthalle in Bonn, the Bouregreg Culture in Rabat, and the World Exhibition in Shanghai. He creates events and scenography for communication agencies and has developed product design studies for leading brands. 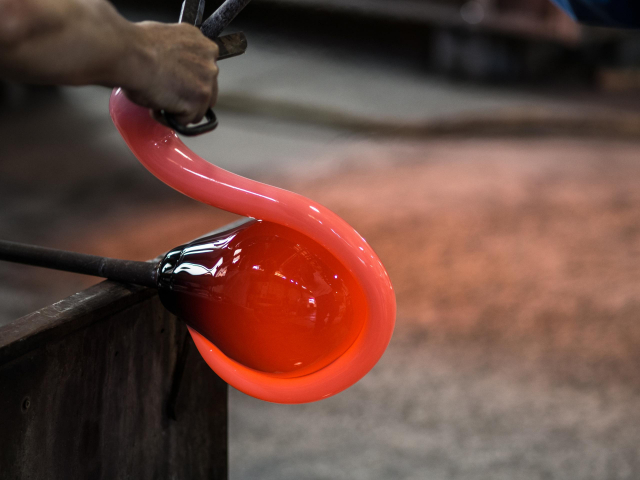 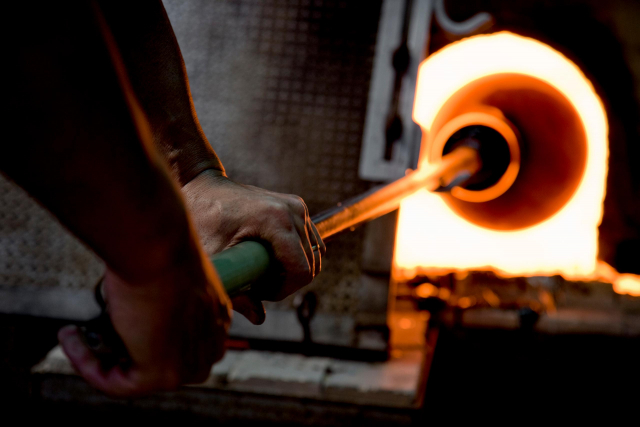