A Flock of Paper Cranes

It is pertinent that the central figure of Cristian Marianciuc’s beautifully intricate paper art is the crane. A bird that is symbolic in Chinese mythology and folklore, often representing the Taoist immortals who had magical abilities to transform into cranes and take flight

It is pertinent that the central figure of Cristian Marianciuc’s beautifully intricate paper art is the crane. A bird that is symbolic in Chinese mythology and folklore, often representing the Taoist immortals who had magical abilities to transform into cranes and take flight. It is this very mysticism and enchantment that Cristian seeks to capture in his origami creations.

The inspiration came from his feeling of misplacement when he returned from Australia to his homeland of Romania. His sense of alienation and difficulty in re-adjusting to life in Eastern Europe left him with a desire to transform into a new realm. He found this in his discovery of origami and self-expression through his delicate cranes, carefully created with paper.

It began as a challenge in 2015, when Cristian decided to handcraft an origami crane every day for 100 days, which soon became a year and then a desire to create 1,000, in keeping with the Japanese tradition of ‘Senbazuru’: a folktale which says that he who folds 1000 origami cranes is granted a wish. By the time he reached this number, it had become a passion, and a daily ritual that he found both grounding and inspiring.

With vibrant colour schemes and pretty patterns, Cristian adds his own contemporary twist to this ancient art of paper folding. His fantastical flock of birds are embellished with feathers, pressed flowers and leaves, paint splattered, beading, stitching and even recognizable architecture balancing on their wings. From minimalism to avant-garde, his paper masterpieces convey a feeling, a memory or an experience.

Cristian has a faithful set of tools which he uses with meticulous hand gestures to achieve his miniature marvels. He uses paper which is between 90 and 120 grams per square metre, a K26 Fit Grip Knife with blade #11 from Excel Blades and a variety of other tools used for scoring and shaping the different elements of each piece.

Paper crane handcrafted by Cristian Marianciuc - ©Cristian Marianciuc “For me, origami is very therapeutic and a way to find balance in life. It is a way to silence some voices and make others louder. It is about not doing things on autopilot, but to be involved, in the present,” explains Cristian.

Michelangelo Foundation for Creativity and Craftsmanship is an international non-profit organisation based in Geneva, Switzerland, which was set up to celebrate and preserve master craftsmanship around the world and strengthen its connection to design. Rooted in a tradition of culture and excellence and in the realities and challenges of today’s global economy, the foundation aims to support those who dedicate themselves to the pursuit of master craftsmanship and to foster a new cultural movement built around the values that are essential for their work. The foundation focuses on Europe as a starting point for its activities, in recognition that craftsmanship has been a vital part of the economic and cultural fabric of the region for centuries, providing both a rich heritage and a competitive advantage in a global world. michelangelofoundation.org

Cristian Marianciuc was born in Siret, Romania. He studied at university in Sydney, Australia where he took a course in Japanese culture and became fascinated by origami. On his return to Romania in 2015, he started a project called icarus.mid.air whereby he created an origami crane daily and documented it on Instagram.In 2017, he reached 1,000 cranes and continues to create his unique cranes today. 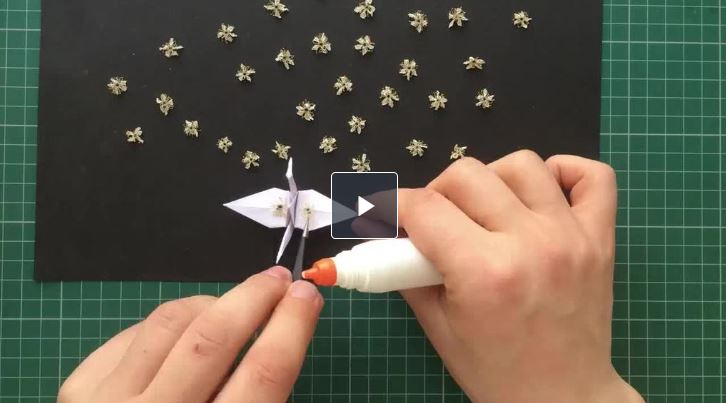 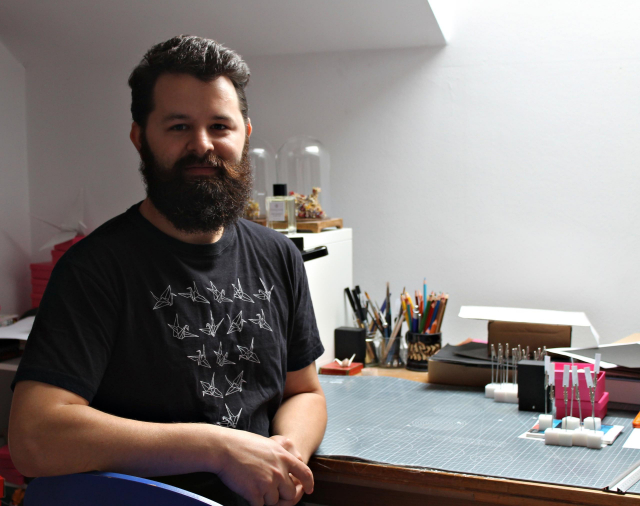 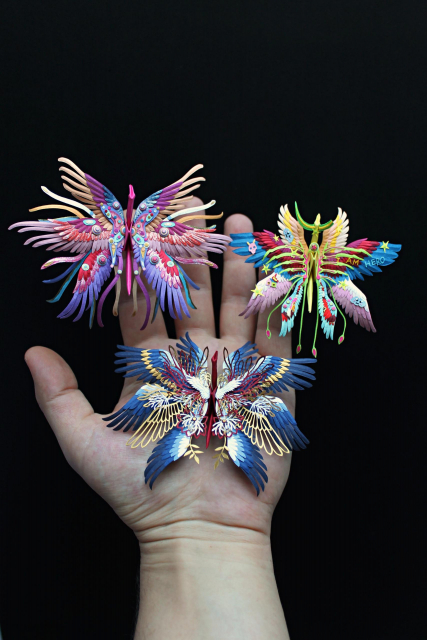 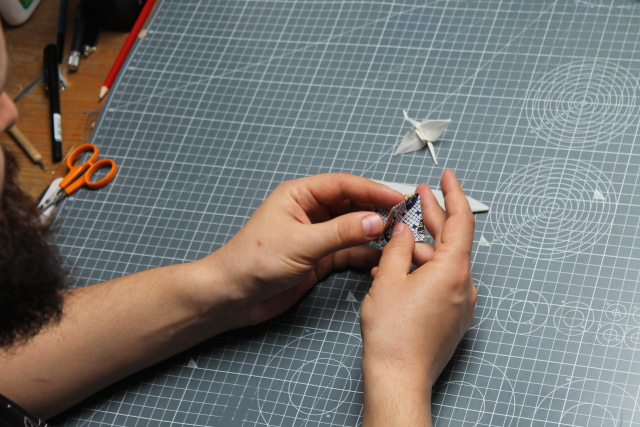 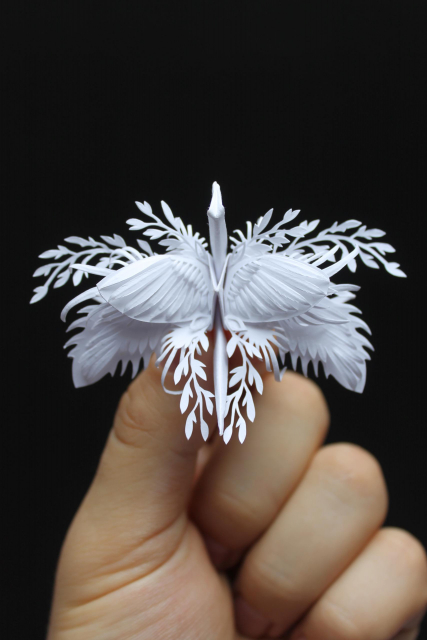